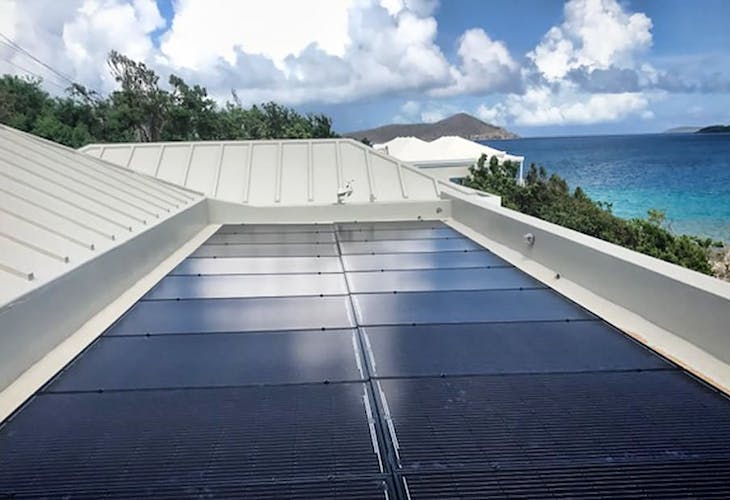 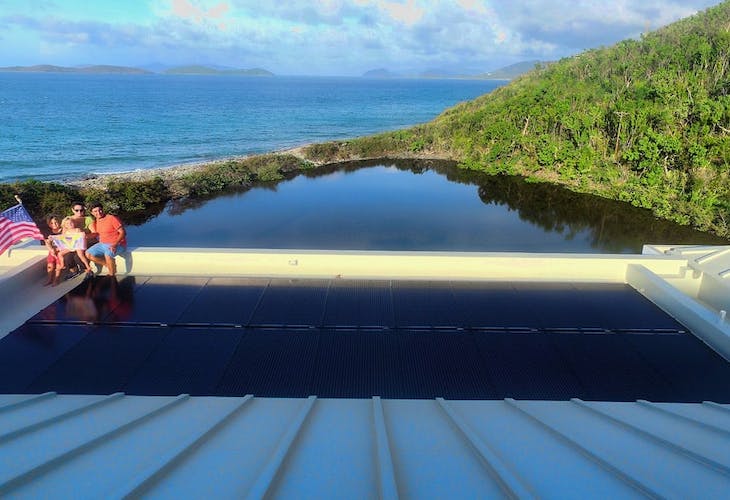 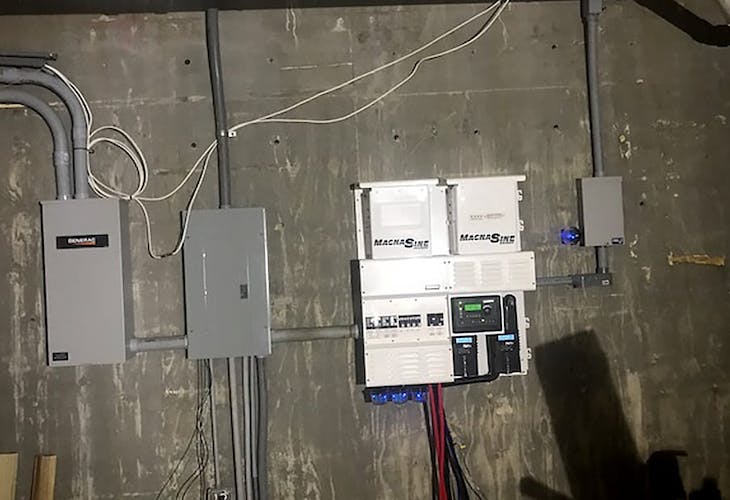 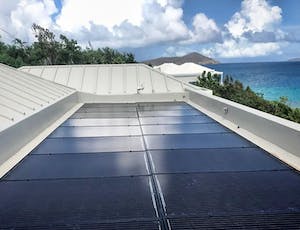 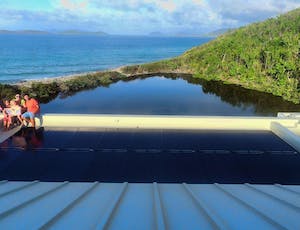 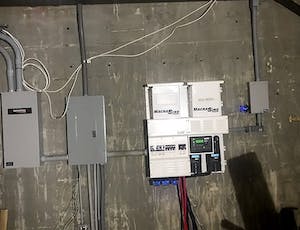 Have you ever weathered a hurricane?

Come face-to-face with the wind and the rain as it blows at you with twice the speed of a car on the freeway?

It’s one of the most powerful, terrifying experiences on Earth—and Cyril Richardson and his family went through it twice.

But then, just as they were only starting to wrap their heads around recovery, Cyril, his wife, and their two children had to stare down Hurricane Maria—their second category 5 storm in two weeks.

They made it through both safely, but, like thousands of other Virgin Island residents, they found themselves without power—and with no real hope of having it restored for months.

Luckily, before the hurricanes were even a concern, Cyril had started looking into solar systems. What had started as a plan to simply offset his utility bill quickly became a lifeline.

After considering his options, he chose Unbound Solar as his supplier, working with Solar Technician Jeremy Allan, who helped design and deliver a custom system within 8 days.

Cyril and his family installed an off-grid system—the obvious choice, given the power system in the USVIs. To cope with both the rough weather and the requirements of his home, Jeremy helped Cyril settle on the dependability of The Ranch 8.85 KW system; this set-up both suits his needs now and can be programmed to work as grid-assisted once power is restored next year.

Cyril Richardson: In his own words

What kind of system did you install?

I bought an off-grid system, which just made more sense for the situation here. The power won’t be restored here for almost nine months, so it makes perfect sense to provide my own power and become self-sufficient.

What kind of battery bank did you get and why?

A 16-AGM (Absorbed Gas Mat) battery bank because it requires little-to-no maintenance. That makes it useful for going off-grid.

I own a company that builds and maintains reverse-osmosis water treatment, so I’ve done hands-on work in the past.

Was there anything difficult about the installation?

Pulling the wire through the conduit was a bit more difficult than I expected it to be, but I managed. There was some heavy lifting involved, so I had a couple of guys assist me with carrying the panels onto the roof. I definitely appreciated having extra help.

The batteries for the system were delayed unexpectedly, due to shortages. We were able to work with the manufacturer to ensure the quickest delivery of the freshest set of batteries, however. In the meantime I helped Cyril use batteries that he already had on-site to get his system up and running. –  Solar Tech Jeremy Allen.

Did everything go smoothly?

I had everything I needed already, and was able to do it without hiring a contractor. It took about 14 hours after everything was said and done. The installation process went smoothly, and there weren’t any major delays.

Very excited! It felt great to finish a project this big and to have power restored to my home. It’s a great relief to have the lights on and everything functioning again.

Did you consider anyone else before choosing Unbound Solar?

I looked at a few other companies here in the Virgin Islands, but none of them offered the same independence or DIY ease-of-installation that Unbound Solar did.

What was your total solar install cost?

After everything was said and done my total install cost was around $30,000.