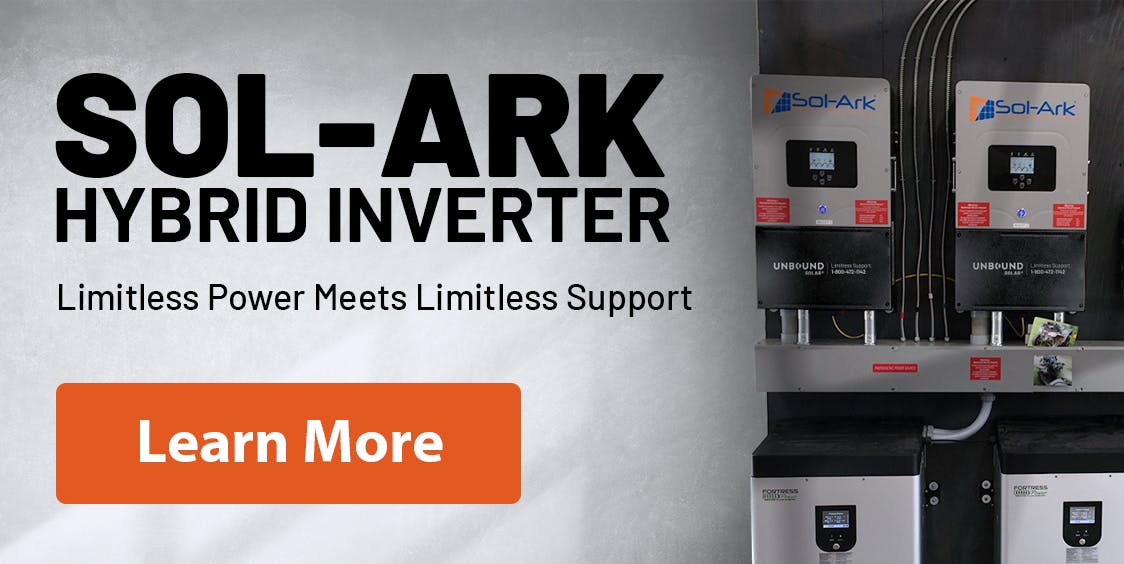 1
We Design & Ship
We collaborate with you to design and deliver a system that meets your utility needs — selecting equipment from the most vetted manufacturers, so you don’t have to compromise. 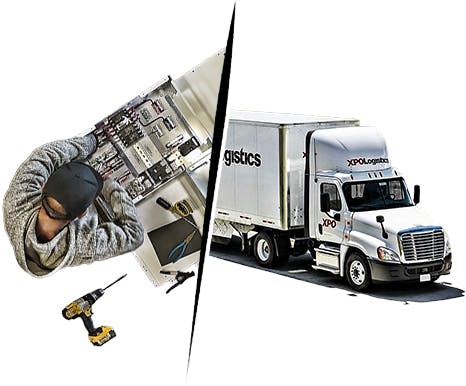 2
Install How You Want
Whether you want to go 100% DIY or use our full-service turnkey solution, we'll support any installation method you choose. 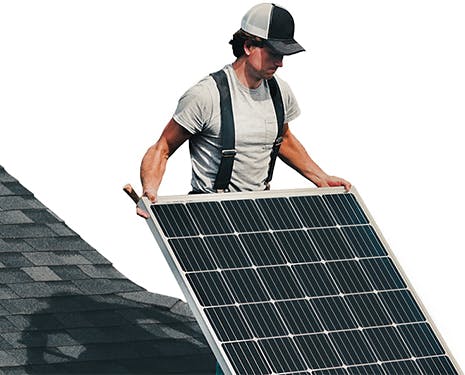 3
Lifetime Support
Even after your system is installed and operating, you can always count on Unbound Solar to provide the support you need — free. Just contact us at any time, and we will be there for you.
See Why We're Different 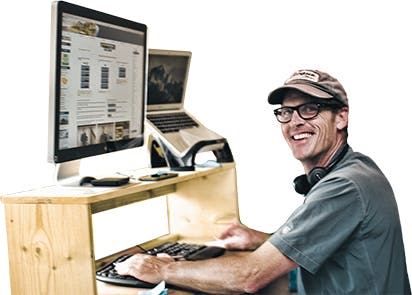 We answer all your questions in one easy-to-navigate Do-It-Your-Way Solar Hub. Ready for total control with more choices and faster payback?

We answer all your questions in one easy-to-navigate Do-It-Your-Way Solar Hub. Ready for total control with more choices and faster payback?

Joe Sobczak
Verified Google Review
I highly recommend this company... [they] have the technical expertise to ensure the installation maximizes the potential of the system.

Daniel Zajic
Verified Google Review
Bought a PV system from them and installed it on my own - they were very helpful throughout in answering my questions and providing guidance.

Joshua M.
Verified Google Review
I've dealt with them for ten years and they are always there to answer a question or facilitate a delivery. They are my go-to company for solar.

David McCord
Verified Google Review
Amazing company! If you want to go solar these guys can help YOU do it yourself for a 1/3 of the cost of hiring a company!

Johnathan Baldwin
Verified Google Review
This company has been absolutely the best to work with. Their attention to detail and customer support was amazing.

Greg Troxell
Verified Google Review
This company is great to work with. Their support is excellent. Would recommend them to everyone looking to install a solar system.

Customers Doing it Their Way

Our customers share their experiences and insights from installing solar their way. See how others, just like you achieved self-reliance through solar.
See Their Stories 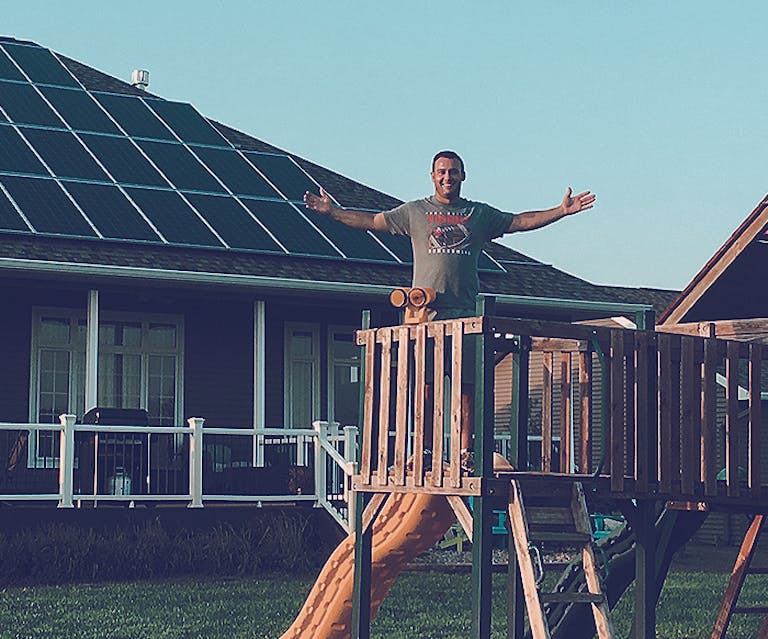 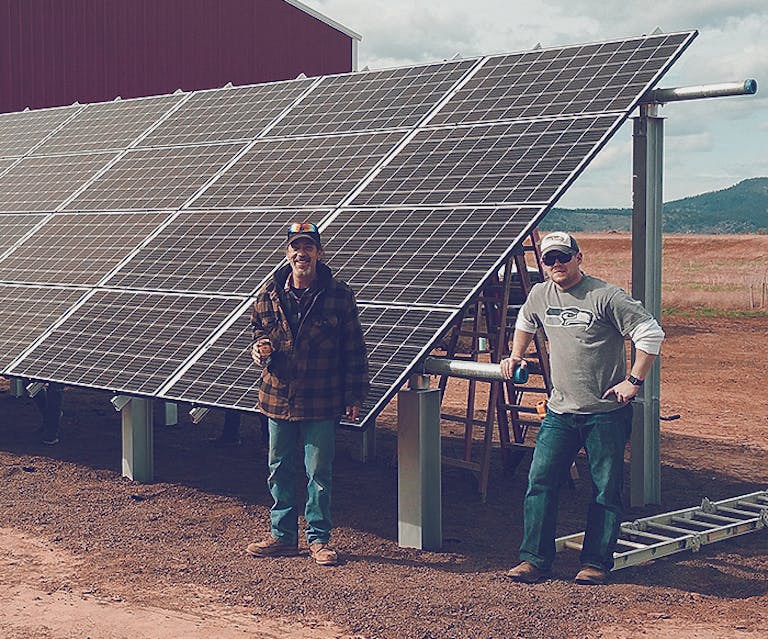 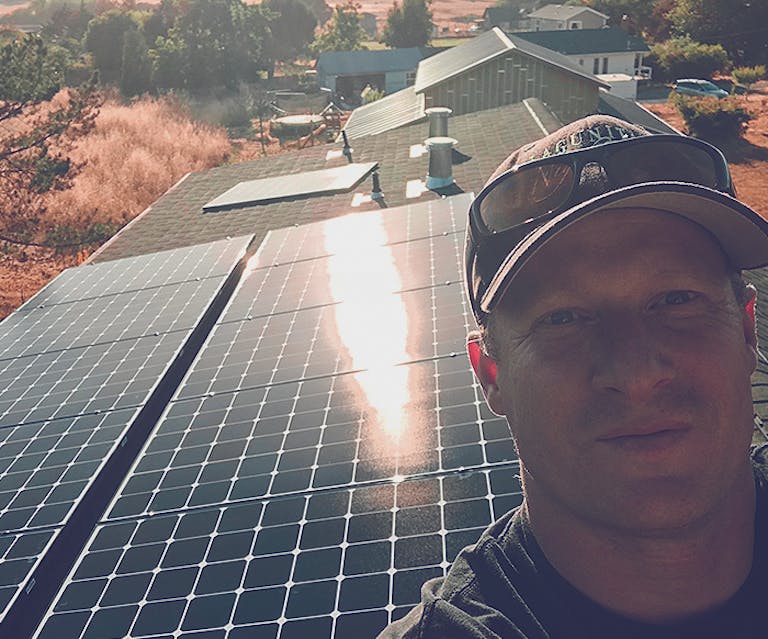 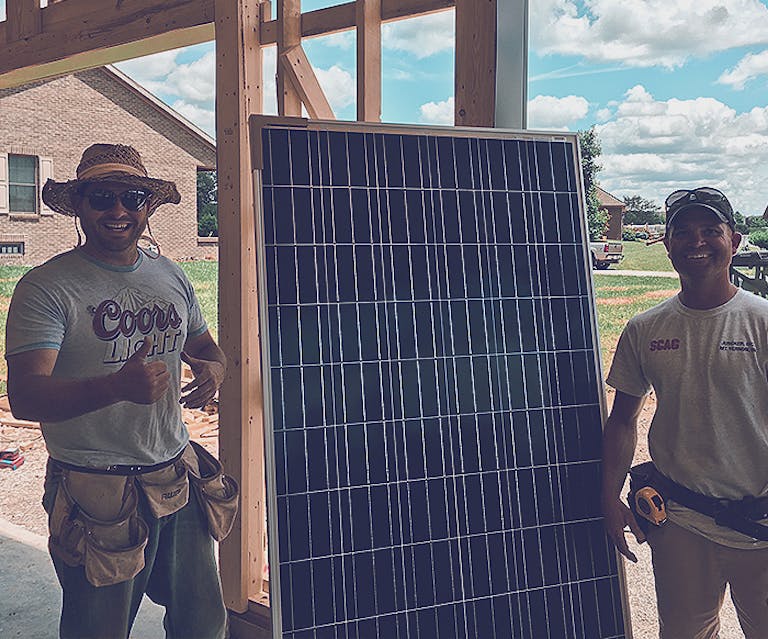 Ready to Go Solar Your Way?

Learn why we’re different and how you benefit!
Learn More

Solar Panels: Harvesting the Energy from our Sun
Virtually unlimited power is available from our nearest star, the Sun. In just one hour, our planet receives more energy from the sun than the entire world uses during an entire year. Electricity-producing solar panels have only been around for the last 60 years, yet they have completely transformed how we harness solar energy

In 1839, a nineteen year-old French physicist named Alexandre-Edmond Becquerel discovered the operating principle of the solar cell, known as the photovoltaic effect. It wasn’t until 1876 that this effect materialized into a viable method of producing electricity with the work of William Grylls Adams. He discovered that by illuminating a junction between selenium and platinum, a photovoltaic effect occurs; electricity could now be produced without moving parts.

Revolutionary as they may have been, the selenium solar cells were not efficient enough to power electrical equipment. That ability occurred in 1953 when a Bell Laboratories employee Gerald Pearson had the bright idea of making a solar cell with silicon instead of selenium. The New York Times heralded the discovery as “The beginning of a new era, leading eventually to the realization of harnessing the almost limitless energy of the sun for the uses of civilization”.

Just in time for the space race, the first solar panels made their debut in the satellite industry. Vanguard I, the first solar-powered satellite celebrated its 53rd birthday this year, setting mileage records and holding the title of being the oldest artificial satellite still in orbit.

The first solar modules were only efficient enough for space applications, where the Sun’s radiation is much stronger. Eventually satellite research paved the way for Earth-based technology. The 1990’s were pivotal years for photovoltaic technology. Innovations in solar cells allowed for greater efficiency while lowering the cost of production. Germany and Japan led the way with long-term solar power incentive programs helping lower the cost to the public, and spurring the growth of a robust Photovoltaic industry in both countries.

California Leads the Nation
In 2006, California made a major long-term commitment to solar power by passing the California Solar Initiative, a ten-year incentive program with the goal of installing 3,000 megawatts of solar panels on the equivalent of one million rooftops. California leads the nation in solar panel installations, as it currently has more photovoltaic systems installed than any other state. This incredible boom has taken place mostly due to California’s Renewable Portfolio Standard, which requires that 20 percent of the state’s electricity come from renewable resources by 2010. In 2008 the state decided that it was not moving fast enough in meeting these goals and enacted a feed-in tariff, requiring utility companies to buy back excess power produced by homeowner’s and private photovoltaic installations. In the same year, the state also raised the Renewable Portfolio Standard to 33 percent by 2020, greatly helping spur growth in the renewable energy industry.

How Solar Panels work
Photovoltaic solar modules are composed of multiple, interconnected solar cells, which effectively trap photon energy between layers of silicon wafers. Negatively charged electrons are then knocked loose from their atoms, allowing them to flow freely through the semiconductors. Separate diodes, and P-N junctions prevent reverse currents and reduce loss of power on partially shaded panels.

Since the flow of electrical current is going in one direction, like a battery, the electricity generated is called direct current (DC). Sunlight conversion rates are typically in the 5 to 18 percent range, with some laboratory experiments reaching efficiencies as high as 30 percent. Future possibilities include the development of multi-junction solar cells that are capable of harnessing a wider bandwidth of useable light. We are still considered to be in the “early” stages of solar cell technology.

Solar Panel Components
Photovoltaic solar panels are the main building block in a solar power system. Since each solar module produces a limited amount of power, installations usually consist of multiple panels, called an array. The array produces DC (direct current), which can be stored in batteries or instantly converted into AC (alternating current) required by conventional appliances.

Equipment that converts the power from DC to AC is known as a solar inverter, and they come in a few varieties, modified sine wave or pure sine wave. They are further classified based on which type of system it is to be used in, whether it is off-grid or grid interconnected. Recently the innovation of micro inverters has greatly simplified installations, and makes it easy to add on panels to an installation. Each solar module is paired with its own micro inverter, which then converts the power directly at the panel. For off grid installations the use of a charge controller is necessary to properly manage the power harvest, charge the batteries, and prevent overcharging.

The greatest innovation in charge controllers would have to be the relatively new feature called maximum power point tracking (MPPT). This innovative method of charging batteries constantly monitors peak power voltage from the array and input voltage on the batteries adjusting amperage to compensate for the fluctuations. This provides the most efficient means to manage the power harvest. The function of MPPT charge controllers is analogous to the transmission of a car, keeping your charging system in the “right gear”. Other components of the solar system would include the wiring and mounting hardware, while some installations use a tracker that changes its tilt angle and direction throughout the day.

Types of Solar Panels
Solar panels are classified into three classes: mono-crystalline (single crystal), poly-crystalline (multiple crystals), or amorphous silicon. Mono-crystalline is indicative of the continuous and unbroken sample of silicon in which the cell is manufactured from. This method uses very pure silicon grown in a complex growth process, and then sliced into wafers that compose the individual cells. This was the first method used to manufacture solar cells, and are still highly regarded for their efficiency ratios.

Amorphous solar panels use the non-crystalline, allotropic form of silicon, in which a thin layer of this silicon substrate is applied to the back of a plate of glass. These panels are much cheaper and less energy efficient, yet they are more versatile in how they can be used. For example, amorphous solar panels can be manufactured into long sheets of roofing material. Thin Film solar panels also fall into the amorphous category. This type of cells can be mounted on a flexible backing, making them more suited for mobile applications.

Each of the solar panel types is estimated to last at least twenty-five years. Instead of stopping production completely, electricity production will decline a little, gradually, over decades. The longevity of a solar panel refers to the number of years before the unit starts producing only 80 percent of its original power rating. The industry standard for warranties is 20 to 25 years, although it is not uncommon for panels to produce adequate power for over 30 years.

Off Grid versus Grid tied
Solar panels are used extensively in rural areas, where access to the grid is non-existent or inaccessible. These installations are called off grid (or independent, stand-alone) solar power systems, and require the use of batteries to store the energy for use at night or on long stretches of overcast weather. The energy stored in the batteries leaves the batteries as DC electricity which can power DC appliances (as in RV’s) or be converted to alternating current (AC) for use with conventional appliances. Much like running your own mini utility company, this method gives you full independence from the national grid.

You can eliminate the cost of batteries by going with a system that connects right into your home’s main junction box and use the grid as your power source at night or on long stretches of inclement weather. These installations are known as grid-tied or grid-interconnected systems. This version of solar system enables you to sell any excess power you produce back to the utility companies who have chosen to support “net metering”. Once you are signed up on a net metering program, your utility company will have a smart meter installed known as a Time of Use Meter, which will actually run backwards when you are producing excess power. It is wise to keep in mind that Grid tied systems without a battery backup, are only functional when the grid is operational. Due to anti-islanding features on grid tied inverters, which protect utility workers from working on a live line, grid-tied systems without a battery back up will not continue to produce power during a power outage regardless of whether you have sunshine or not.

Since solar panels produce DC, or direct current, they must be coupled with a solar inverter to convert the energy from DC to AC, or alternating current. In a grid tied system this can be done by a large central inverter, or each solar panel can be outfitted with its own micro inverter. Once the power is converted to alternating current and its phase is synchronized with that of the grid, it is then tied in to your main junction box, which is ultimately interconnected to the national grid.