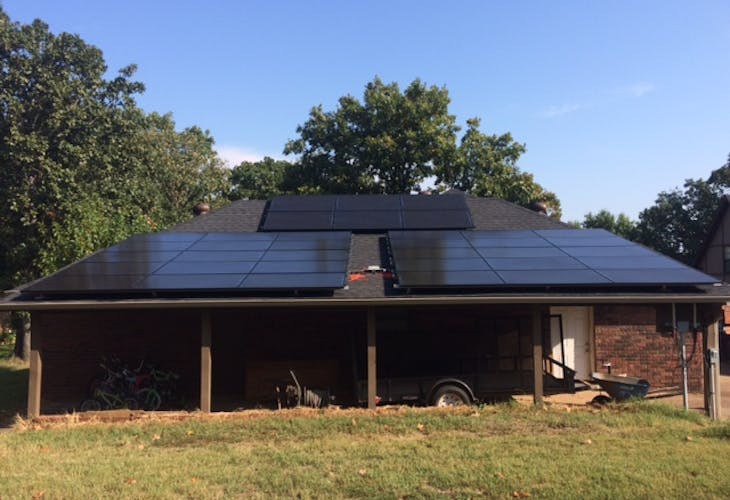 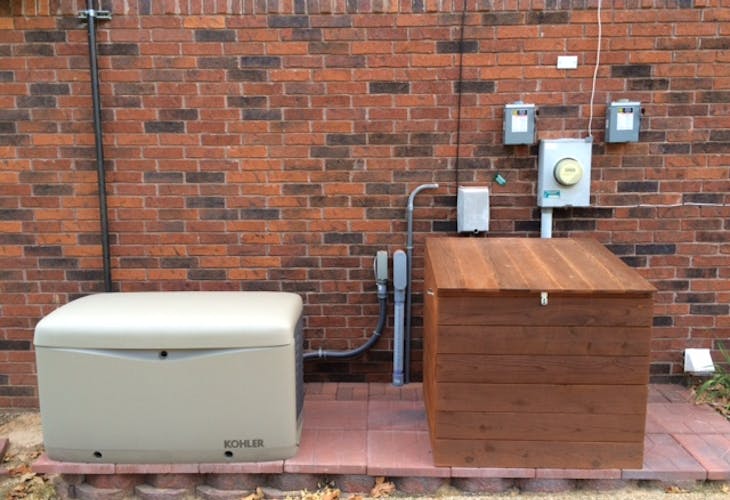 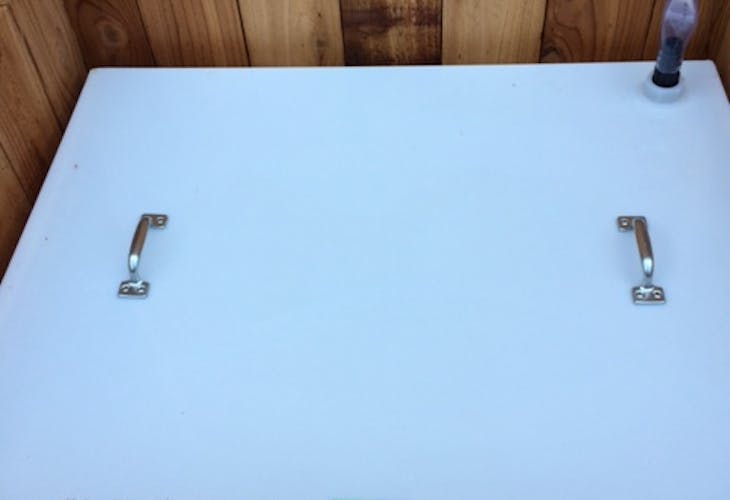 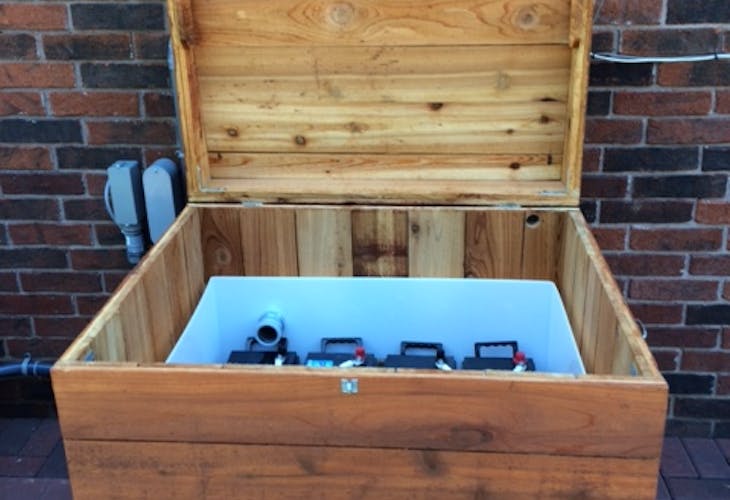 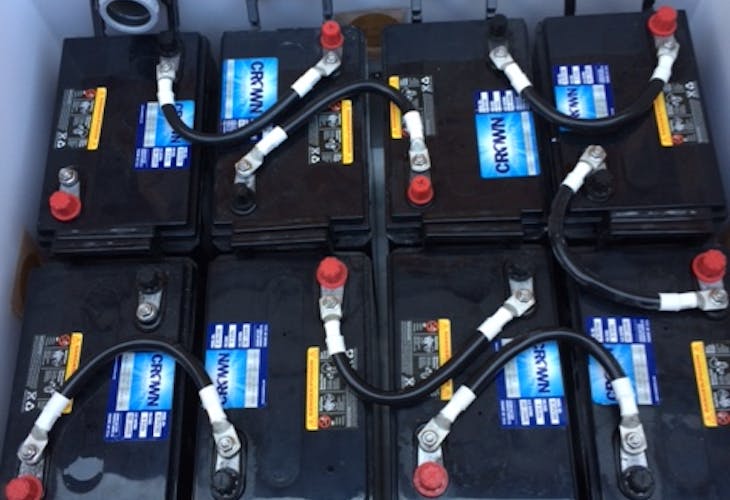 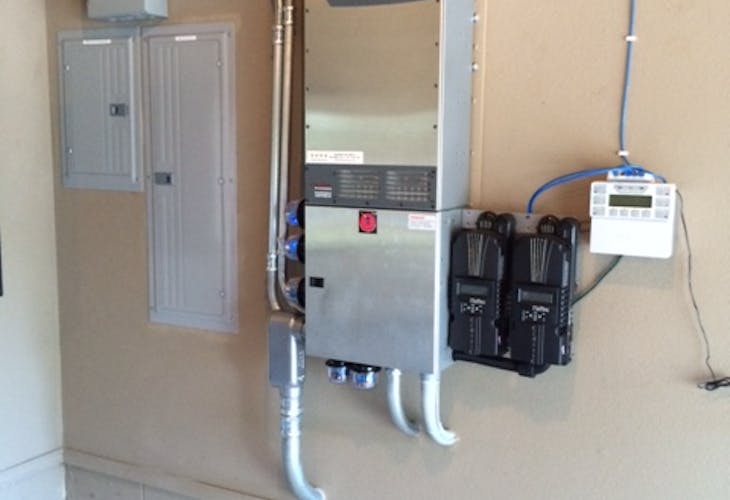 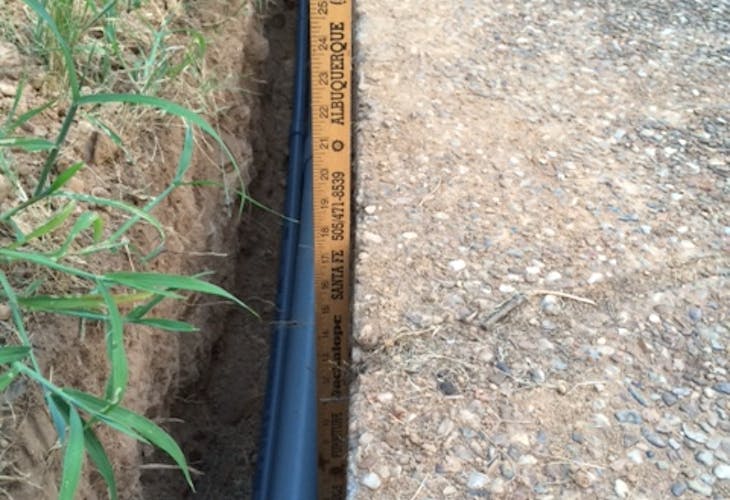 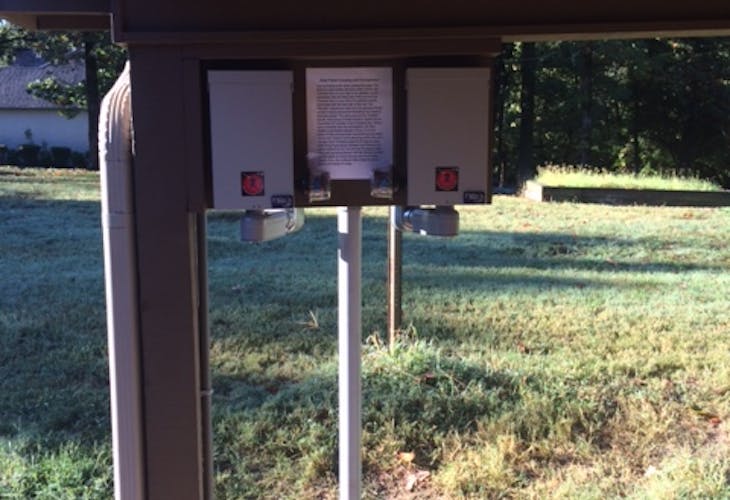 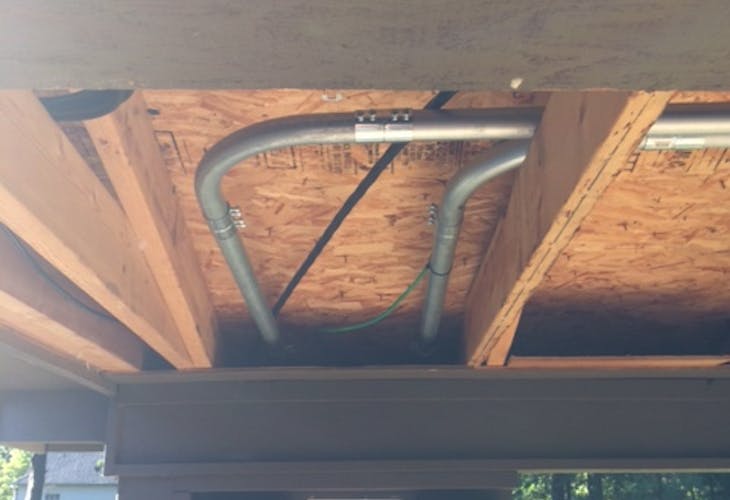 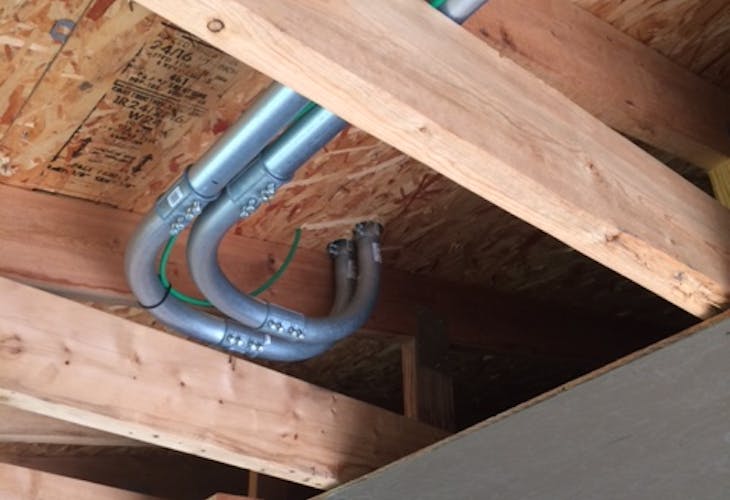 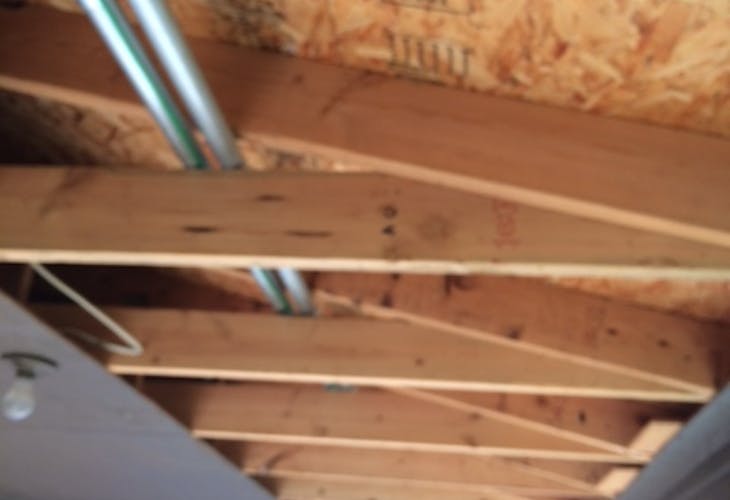 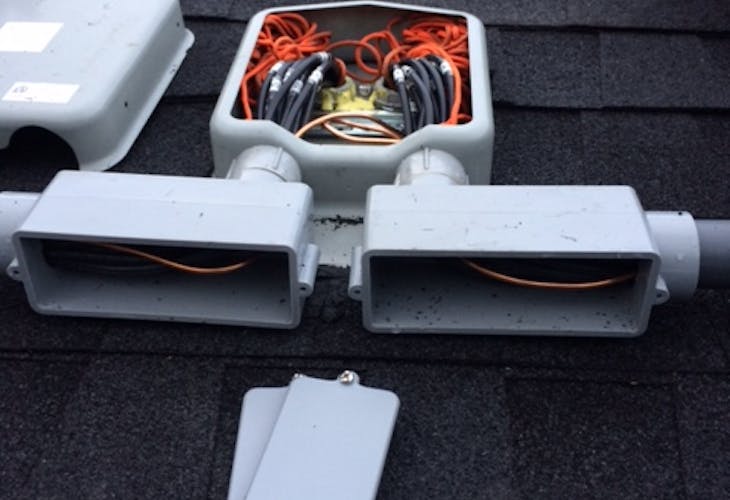 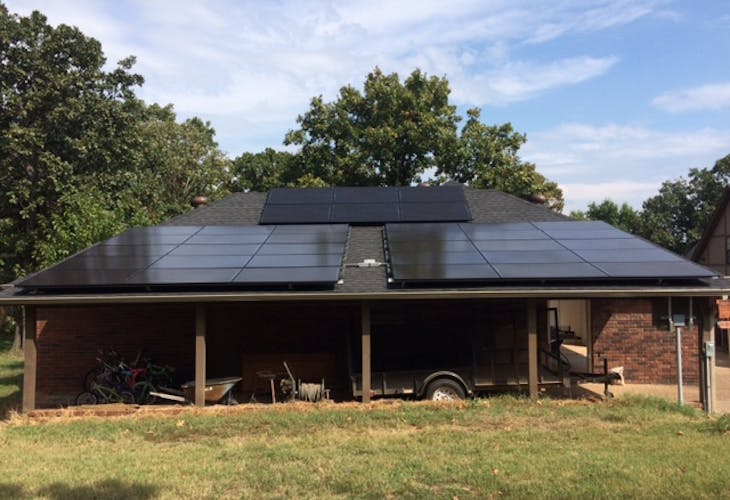 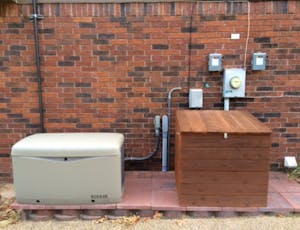 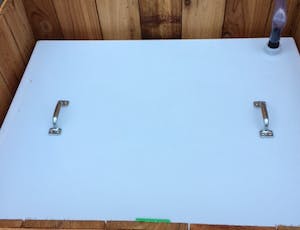 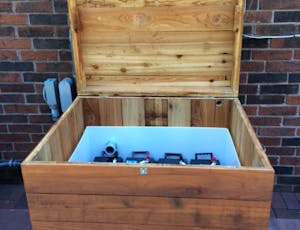 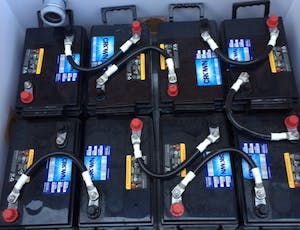 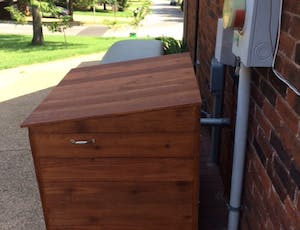 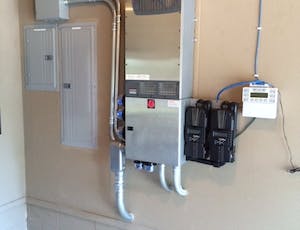 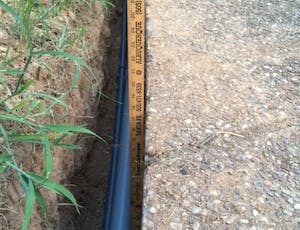 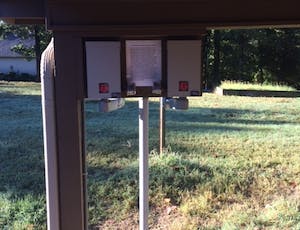 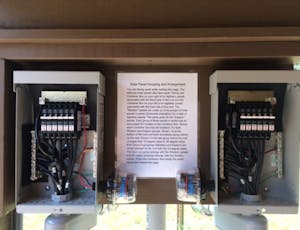 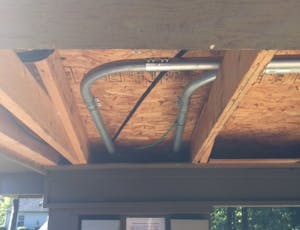 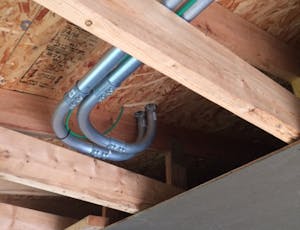 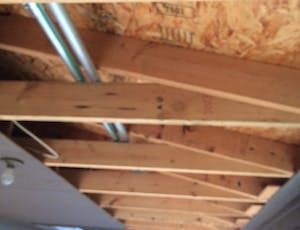 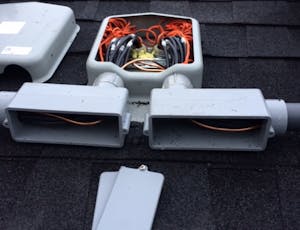 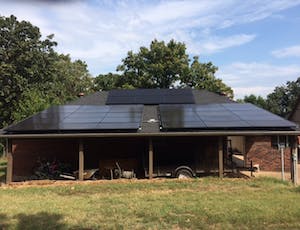 Preparing for Anything with John S.

Hello friends, there’s a chill in the air and the leaves are starting to turn. That means it’s time to welcome fall in with our October Install of the Month!

This is an especially timely one. With the seasons changing and winter coming soon, it’s the time of year to expect instability in the grid. Any number of things can happen that result in your home losing power, and snow and winter storms are just the beginning.

John’s system is the perfect antidote to an unstable grid. Not only is it tied into the grid and able to save him money, it also serves the crucial function of being able to handle his critical electrical loads when the power goes out. That means he can keep the lights on, his phone charged, his water running, and his fridge on so his food keeps.

This is done through a battery bank that works alongside a grid-tied system. And not only is John’s system able to power his critical loads when the grid is down for a short period of time, he basically has an unlimited power source because this system can also switch to using his solar panels to draw energy to his battery bank and then to his home. Which means, yes, as long as there’s sun, John’s got power. The magic here is the Outback Radian power center. If you’re curious exactly how this versatile powerhouse can switch from feeding the grid to battery backup to powering his home through his panels, you can read about it here.

John is a great example of a highly motivated DIYer who is not afraid to read manuals. – Sales Technician Jeremy A.

We also love this installation because it’s a relatively complicated one for a DIYer without an electrical or construction background, but his installation turned out super clean thanks to his attention to detail and willingness to dig in and do some research. “John is a great example of a highly motivated DIYer who is not afraid to read manuals,” says sales technician Jeremy A. “It turns out Mr. Smith came to us pretty much ready to go.”

John had a few simple questions, but working with Jeremy he was able to get them cleared up in no time. After that, he didn’t waste any time getting started. John had already teamed up with a local electrician, so it was all systems go. The only thing stopping him was the Arkansas summer heat. John stuck with it though, squeezing in time to complete his install in the early mornings before it got too hot.

If you’re interested in knowing more about how to get backup power, you can read more here or give one of our sales techs a call at 1-800-472-1142. If you want to be prepared for anything, you might want to look into the intricacies of how the Outback Radian power center makes it possible to have a grid-tied system that seamlessly supports backup power as well, by reading about it here or calling one of our expert techs. We also have our Fall Sale going on now through October 31st, so there’s never been a better time to make sure your home is as well-prepared as John’s.

How long was the full installation process from receiving your equipment to flipping the switch? How many people did it take?

It took about 5 months. I worked when the weather permitted (a good amount of rain this year). I usually worked for a few hours in the morning while the temperature was still good. I had an electrician change the Main Panel from a 200 amp panel to a 225 amp panel and wire about half of the house circuits to the “critical circuit” panel that I had installed as part of the installation process. I had help from two men on lifting the power center up onto the wall bracket. I had someone help me hold the six panels mounted at the top of the roof on the 30 degree slope so I could get them bolted down. I had someone help me pull the large cable connecting the Power Center to the Combiner boxes through the buried 2-inch PVC conduit. I installed the rest. I wanted to save money in the long run and have a power backup system in case the grid goes down for any reason. – John S.

Not in a professional way but I had previously performed other home projects that dealt with a small amount of construction and wiring.

The most tedious job was digging the 5-inch wide, 18-inch deep, 110-ft long trench through layered rock by use of hand-tools and a jackhammer. Confusion at the beginning was expected until I became familiar on how all the components go together and work together through reading the provided manuals and literature. Reading about the major components on the internet also helped lift the fog of confusion. Information about solar power installation from the internet helped me understand what was need to stay in NEC compliance. This especially applied to conduit installation requirements dealing with DC circuits.

I did obtain two 60-amp manual disconnects and mounted them outside near the grid power meter. One was used between the Power Center (Grid Input) and Main Panel and the other was used between the Power Center (AC Output) and the Critical-Circuit Panel with battery bank backup. The disconnect between the Power Center and Main Panel was recommended by the local electric utility. The disconnect between the Power Center and Critical-Circuit Panel is for firefighters in case they needed to de-energize the house circuits being backed up by the battery bank. This disconnect was added by me after initial comments by the local building inspector about making sure all house circuits could be de-energized by emergency responders in cooperation with the local electric utility personnel. I also bought the SolaDeck roof feedthrough box for running the panel wires through the roof deck into the two 1-1/4 inch conduit pipes as seen in the photos. I also bought the Radian Solar Technology Battery Box to house the battery bank. I built a cedar box to shield the RST Battery Box from the elements since I wanted the batteries on the outside of the garage wall where my Power Center is mounted. I also added a 14KW Kohler Generator after the original purchase.

I wanted to save money in the long run and have a power backup system in case the grid goes down for any reason. I also like the idea of using renewable energy from an environmental point of view.

Install of the Month – September 2018

When the panels finally were installed, everything just worked! It was awesome. I was so excited when the power started flowing.
Read More

It then took a couple of months to get the permitting and inspections sorted out because city rules changed over the past year. I'm pleased with the result. I just hope all the work to give it tracking pays off.
Read More