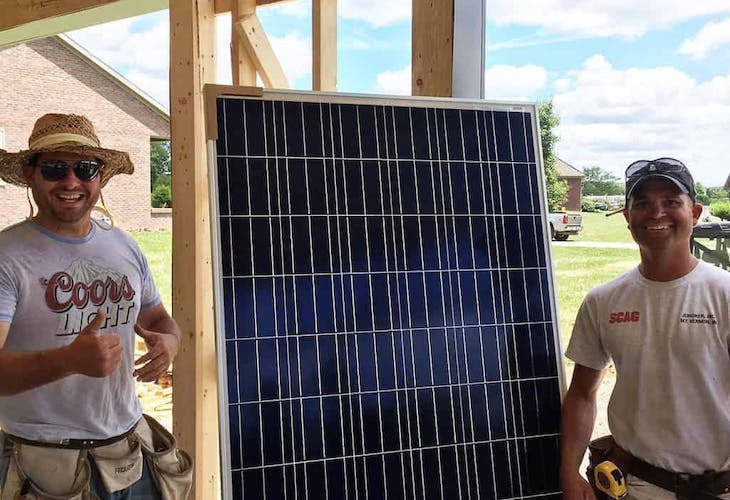 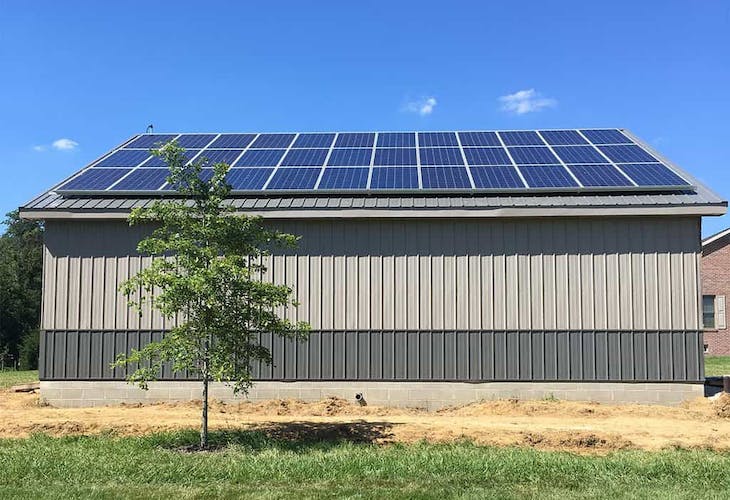 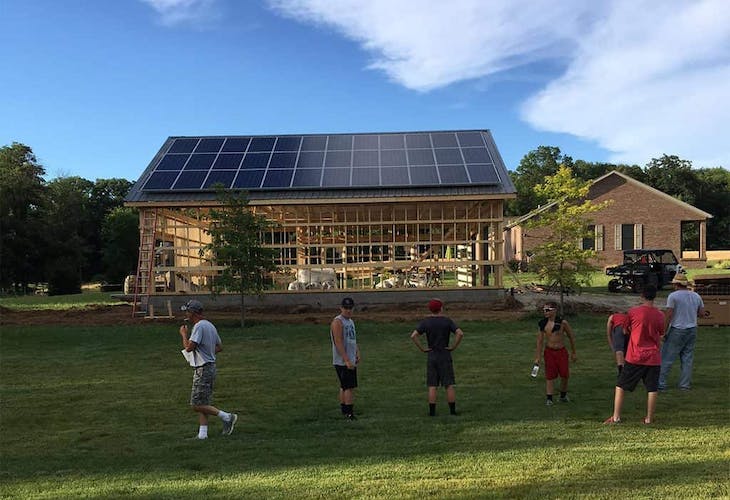 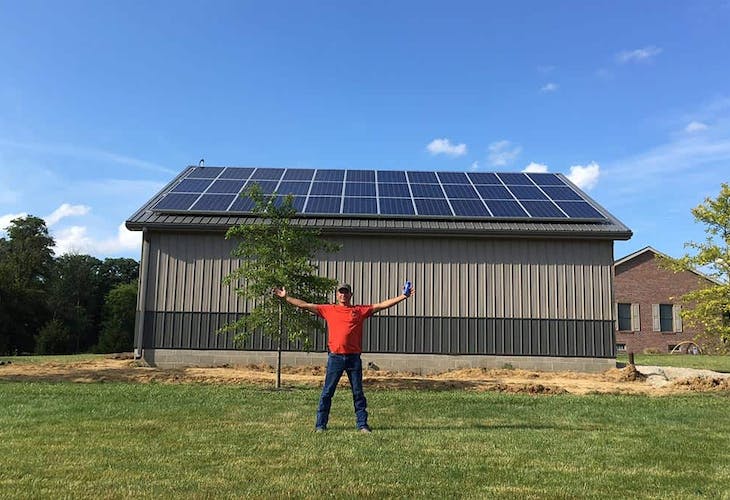 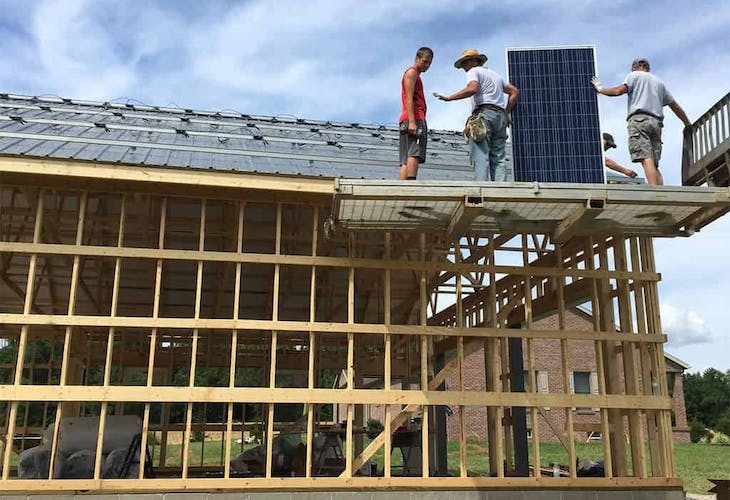 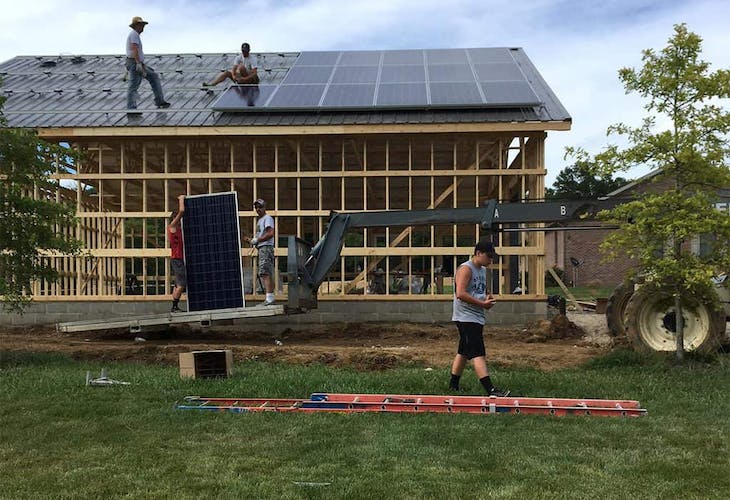 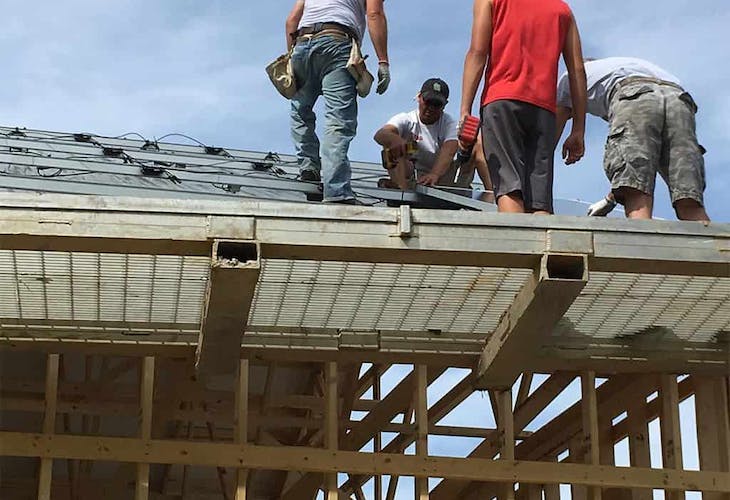 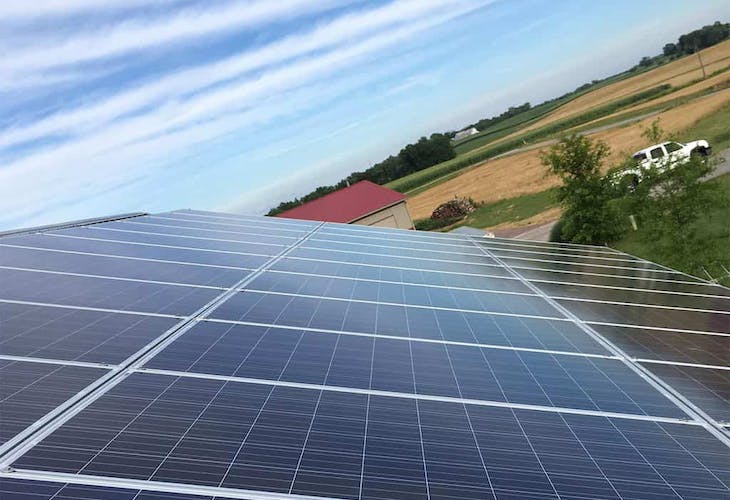 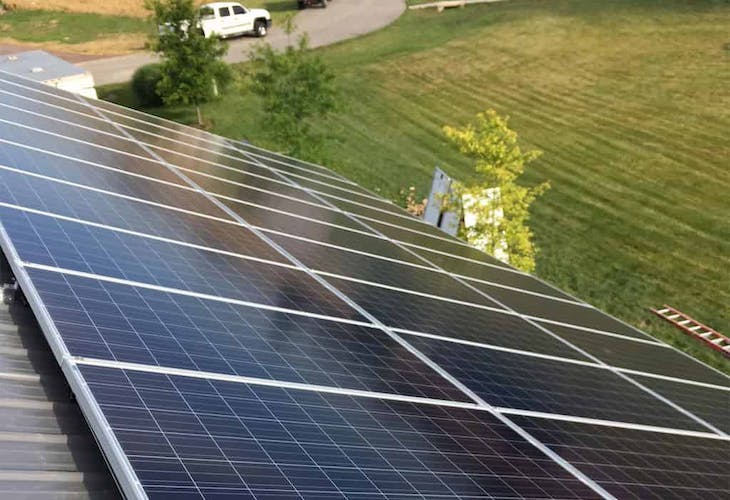 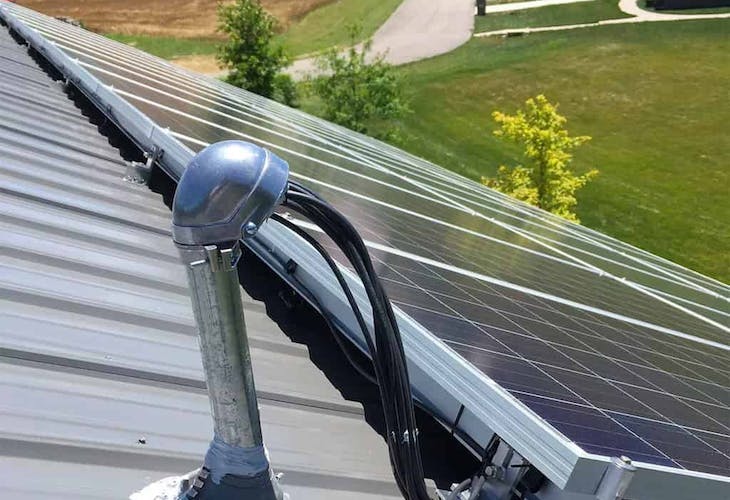 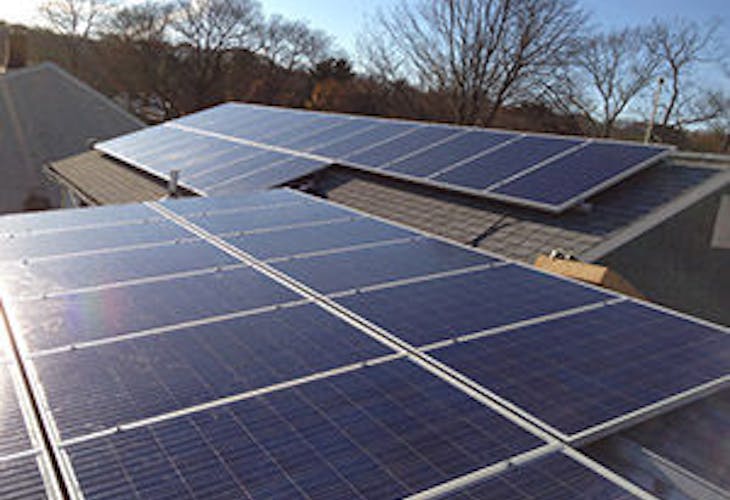 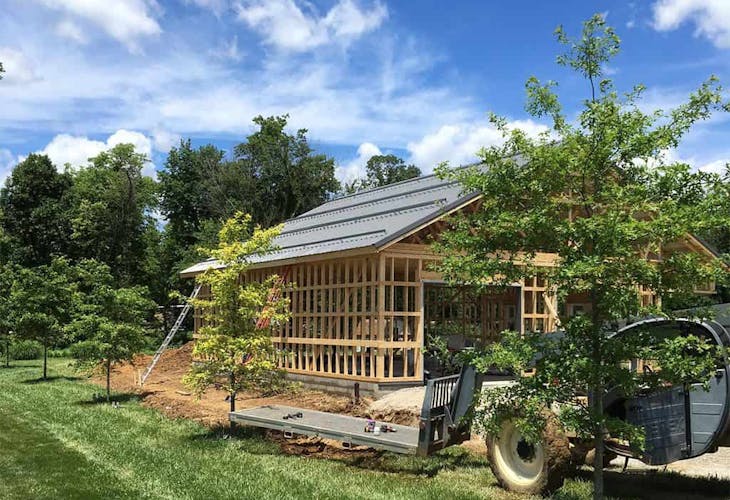 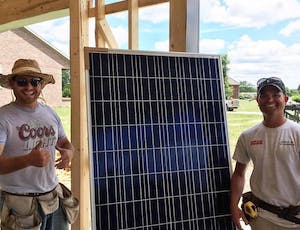 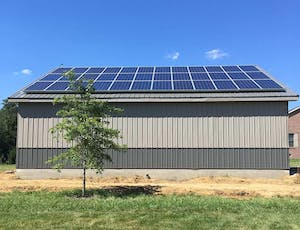 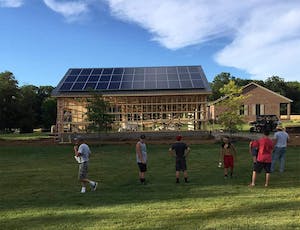 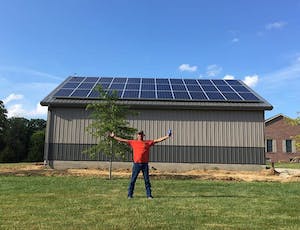 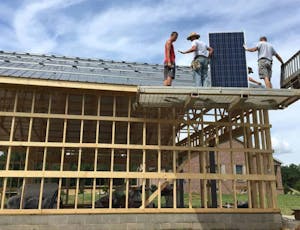 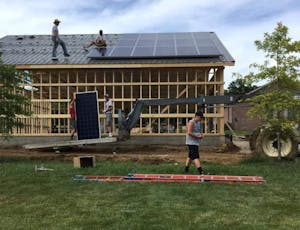 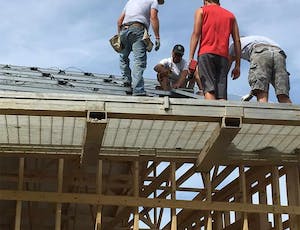 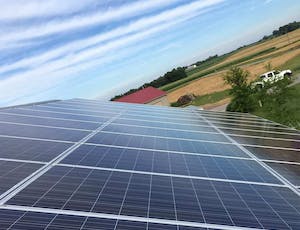 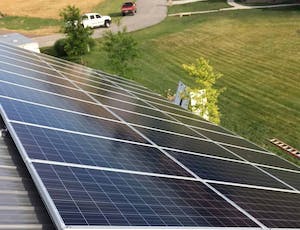 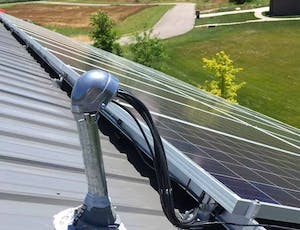 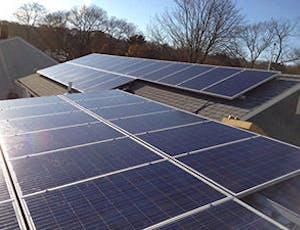 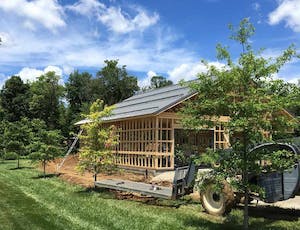 A Group Effort With Great Results – Install of the Month with Matt M.

“Do It Yourself” doesn’t mean you have to go it alone: this month’s install proves that a lot of friends and a little foreknowledge can go a long way. Matt M. knew what he wanted – to offset his power bill, and he knew exactly what he needed to install to get the job done. Six friends and 20 or so hours later and Matt has a fully functional grid-tied system that looks fantastic.

“The moment I got on the phone with Matt I could tell that not only was he knowledgeable, but he also had the confidence of a do it yourself installer. He came to me with the usage he was looking to offset, and we were able to easily design a system to fit his needs. He knew he was planning to build a structure to mount the panels on which gave us nice flexibility for panel layout, and allowed for ideal panel orientation. Matt’s knowledge of construction and familiarity with solar made him an ideal customer for this DIY project. ” – Solar tech Ian S.

Matt’s install was done on his 6/12 pitch metal roof, which proved a bit fiddly, but worked extremely well for racking the system. S-5! brand racking clamps allowed him to secure his IronRidge roof racks and mount his solar panels with ease.

A union sheet metal worker for over 20 years, Matt is no stranger to hard work and hands-on projects like this. His neighbor, a professional electrician, installed a solar array 5 years ago, which inspired him to install his own solar power system now. Matt knew he had to act fast, however, as Indiana just passed a law that drastically alters their solar incentives!

Indiana’s new incentives pay back solar customers for over-wattage power (the power produced that exceeds what they use, and is then sold back to the utility companies) at wholesale rates rather than the past retail rate, drastically lowering ROI for solar-powered homeowners. For new customers, this goes into effect in 2022. For customers looking to replace or expand their systems, this goes into effect at the end of 2017.

By installing his entirely new system now, Matt manages to slip in under the deadline and gets a solid 5 years of ROI before the payoff rate drops. Now, the rate lowers to an amount that’s on par with most of the rest of the country, but what Matt M. found frustrating is that Indiana already has relatively cheap electricity – so the incentive to go solar needs to be as high as it has been in the past to make renewable energy worthwhile.

How long was the full installation process receiving your equipment to flipping the switch?

How many people did it take?

7 people installing the racking and panels and 3-4 people to wire up the inverter.

I am a union sheet metal worker with 20 years in, and my neighbor is a union electrician with 20 +years.

The most difficult part was installing the racking and panels on the 6/12 pitch metal roof.

Working with Ian was great, he was very helpful and answered every question I had. Thanks Ian! The only thing I was missing were two grounding lugs for the racking which was not a big deal: I made two out of 1/4-20 s.s. bolts w/ a button head that slid in the top of the racking perfectly.

I installed myself because I had great friends that took the time to help me out, I couldn’t have done it without their help.

“Matt knew what he was doing, he never once called in for technical support, he already had himself an install crew and was ready to go! ” – Solar tech Ian S.

I installed solar because our neighbors had done it 5 years ago and Indiana just passed a law to start shutting down net metering, which doesn’t make any sense to me.