Unbound had a lot of instructional videos and information to read and made me feel comfortable with doing it all myself. In the end I spent less than half of what I was professionally quoted. 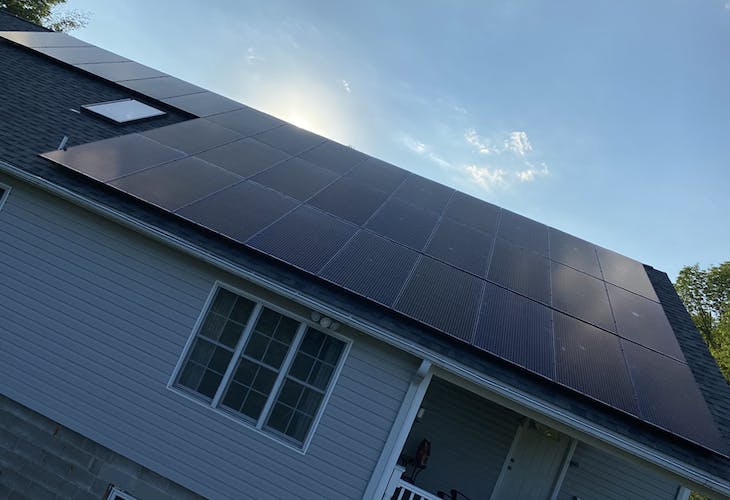 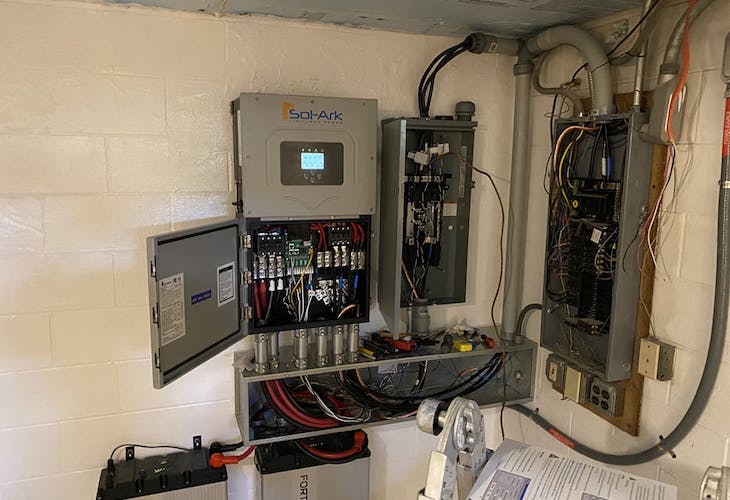 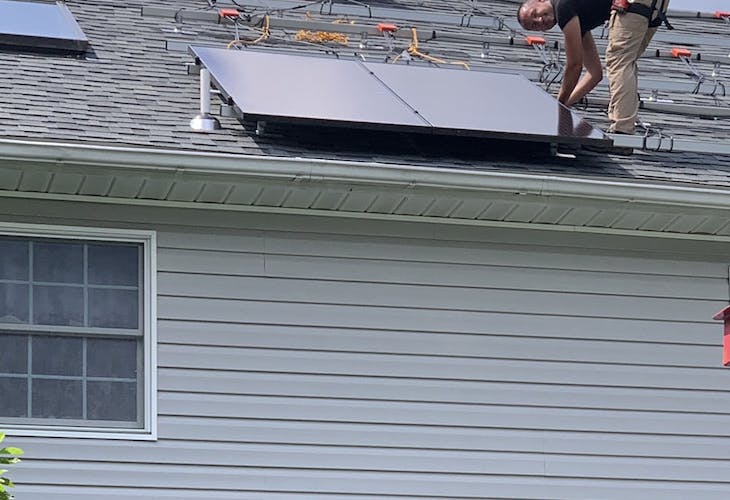 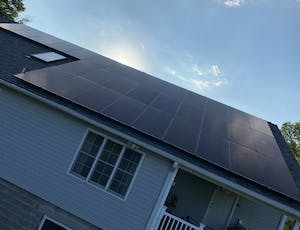 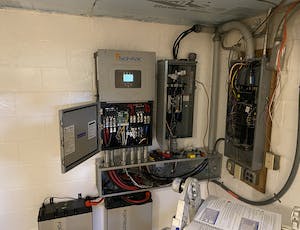 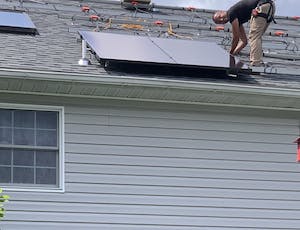 When it comes to home improvement projects, Andy prefers DIY , but this is the biggest project he has ever taken on.

He said the most difficult part of the install was carrying, positioning, and securing solar panels on his sloped roof by himself. Fortunately, he was able to borrow a bucket truck from his work to lift the panels up to the roof. He also said some of the longer wire pulls through conduit took a bit of effort. His wife helped feeding wire into conduit as he pulled from up on the roof.

Andy had a roofing company re-shingle the roof before installing the panels. He had them install the Ironridge Flashfoot mounts as they were installing the shingles. He said he could have installed them himself, but he decided that installing them as the shingles were going on would be best since there would be no guesswork with rafter locations. Smart thinking Andy.

Working on his project mostly on the weekends, the install was completed between two and three months. We asked him how it felt to finish his solar project.  He said “Amazing! This is the biggest DIY project that I have done. It still feels great to flip off the disconnect from grid power and watch the entire house including my air conditioning keep running as if nothing happened. It is extremely comforting to know that if we experience a long-term power grid failure, we could live relatively normal. Not only will we have running well water, but we will have the luxury of HOT water! Aside from emergency preparedness, power rates skyrocketed as I was just finishing my install. The more utility rates go up, the shorter my return on investment becomes!”

We asked Andy who else he considered before choosing Unbound and he said “I contacted a professional installer who quoted me $80,000. I decided that was way outside of the budget and didn’t make sense for ROI. I then saw a few videos from Unbound and began researching. Unbound had a lot of instructional videos and information to read and made me feel comfortable with doing it all myself. In the end I spent less than half of what I was professionally quoted and installed a much better system from what the pro’s quoted me.”

Nice work Andy! Thanks for sharing your story.

Send us your story if you’re an Unbound customer with a DIY installation! We want to share your excitement!

Get started on your own solar journey!

Once the project was finished, when the fridge lit up, we almost fainted! Exhilarating is too mild a word.
Read More