Since that install, I bought two other systems and installed them in my friends’ RVs. I had good trust in Unbound Solar. 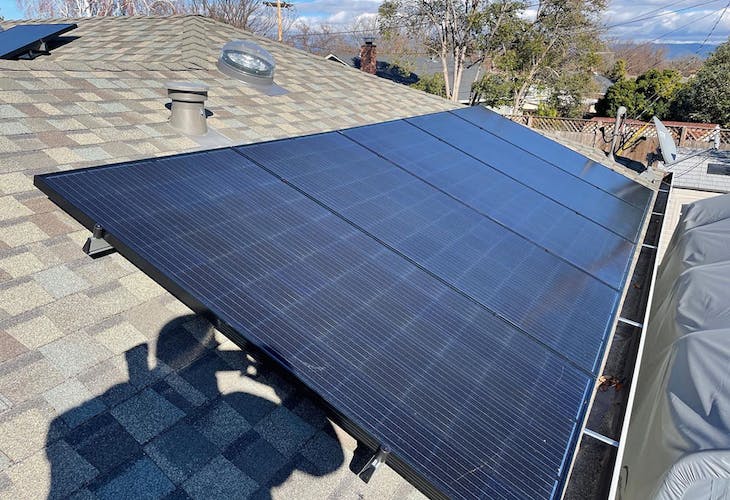 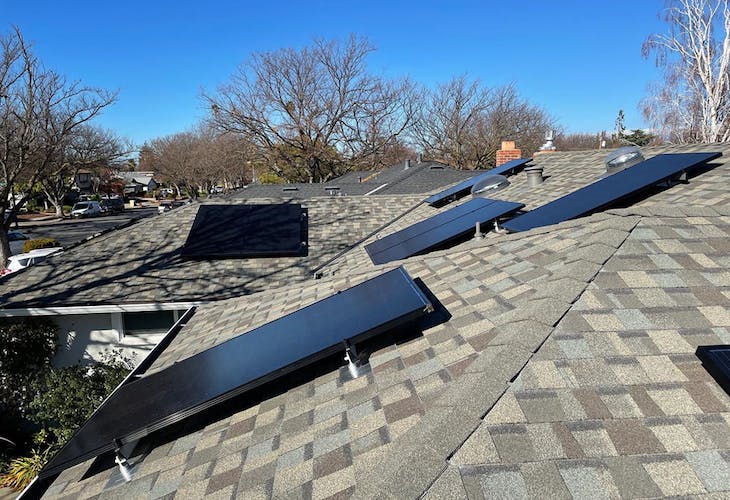 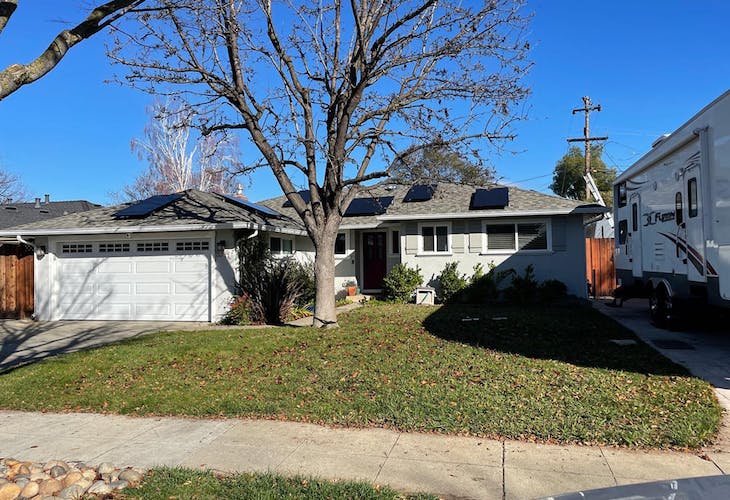 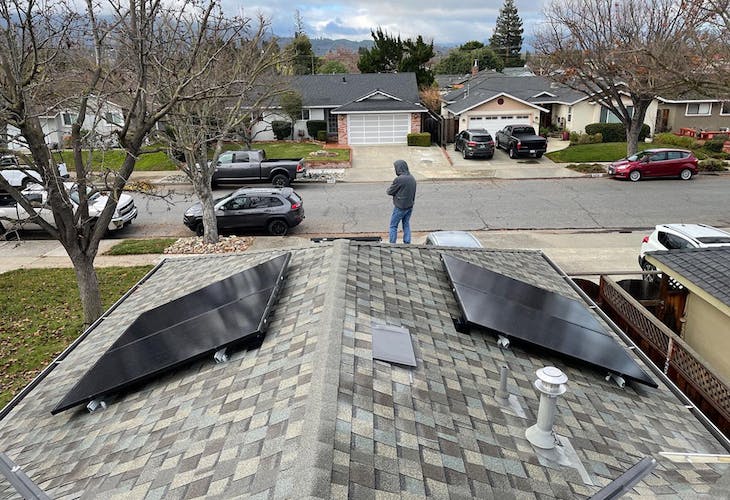 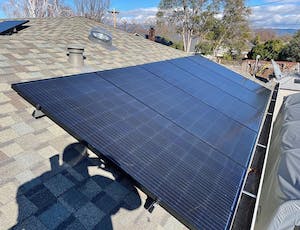 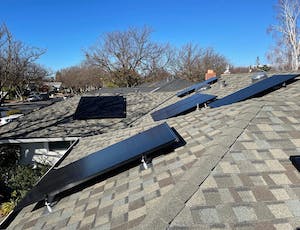 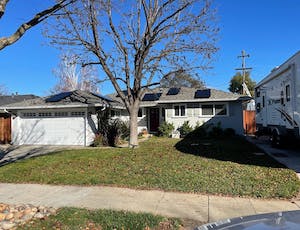 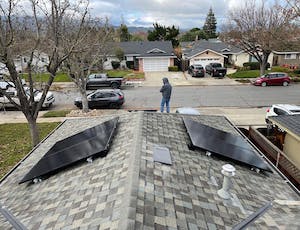 We’re proud to introduce Alex Wagner-Jauregg, who installed his Grid-tied System in California.

Let’s check out his DIY installation!:

“I run a failure analysis testing lab, so I have considerable experience building electromechanical test fixtures. I have also done a fair amount of home carpentry, which helped with finding rafters.

My two biggest challenges were finding the roof rafters and running the wires within the attic. I found a very cool tool called the “Chiptoolz Rafter Center-line Locator” that made this process much easier. I chose not to have any conduit on the roof, so all of my wiring went into the attic space. Reaching some of these tight locations and running 300′ of 10/2 Romex was quite a lot of work, but the end result looks great.

I did everything myself, except for the two hours that I had three friends over to lift the 17 panels to the roof and the few hours of help I received from a friend who is an electrician to make the connections and install current transformers in the service panel.

The one unforeseen tool that I needed was a rafter finder.

I spent a total of about 50 hours from start to finish. Much of this time was because I added plywood on the ceiling joists inside the attic to aid with running wires and future storage.

Turning on the system and seeing the meter spin backward for the first time was very satisfying. I now find myself constantly checking the Enphase Enlighten app.

I wanted to do the install myself because I love to build things. I chose Unbound Solar because I had previously worked with them on a solar / inverter project for my 5th wheel RV. Since that install, I bought two other systems and installed them in my friends’ RVs. I had good trust in Unbound Solar.”

Send us your story if you’re an Unbound customer with a DIY installation! We want to share your excitement!

Get started on your own solar journey!

It felt terrific to finish the installation. After having it on the roof and inspected, I was producing power within three days once they changed my meter out. It was really a rewarding experience.
Read More